Chair Phil Millichap did complete a 460km walk along the South West Coast Path in aid of Shelterbox and the KingsCare Sorting Office raising more than £3,000- a huge thanks [...] 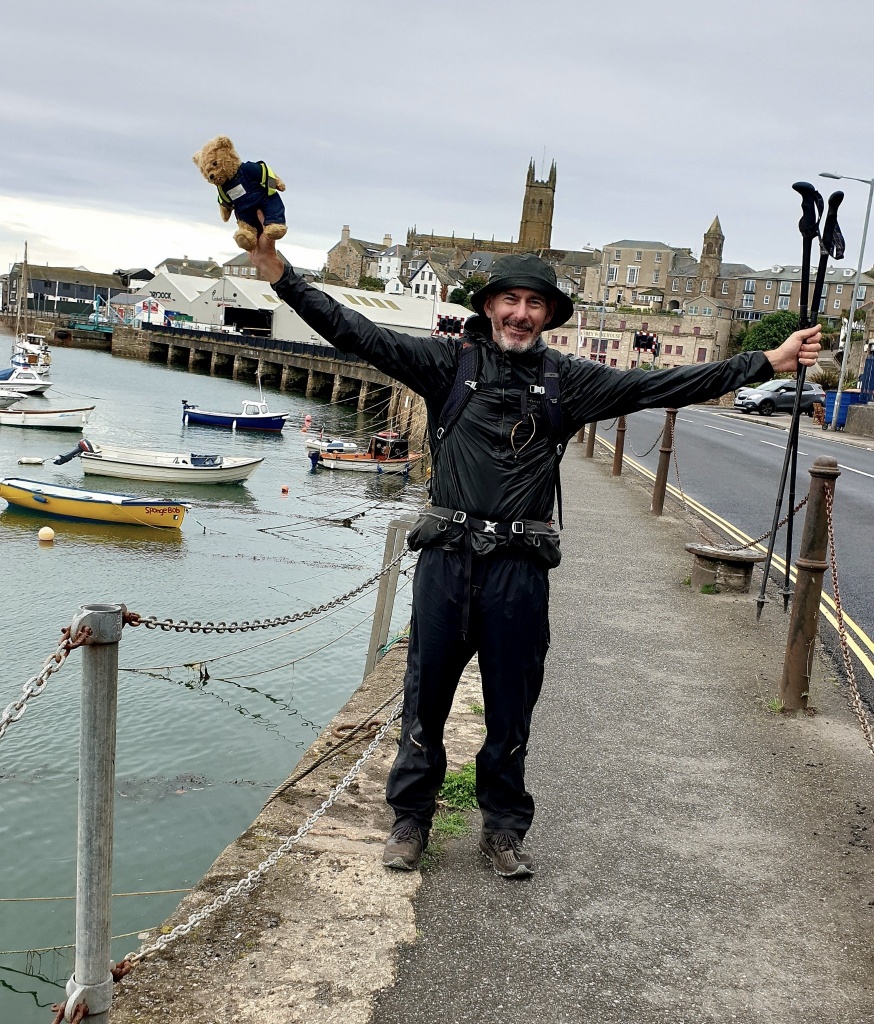 Chair Phil Millichap did complete a 460km walk along the South West Coast Path in aid of Shelterbox and the KingsCare Sorting Office raising more than £3,000- a huge thanks for all the donations! So an average of 24km+ per day with lots of ups and downs, more than 16,000m of climb, Snowdon or the equivalent of 22 times in the 19 days taken. The longest day was just over 31km Lee to Braunton and the most climb in a day Widemouth Bay to past Boscastle 1,530m.

Pack size ended up at just over 12kg but this was needed with almost all accomodation fully booked, meant lots of campsites and some wild camping!

Shelterbox is a well-known charity based in Cornwall which for the last 20 years has been providing tents and survival equipment to families throughout the world that have been devastated by conflict or disaster. They are currently working with other agencies in Haiti to support communities affected by a 7.2 magnitude earthquake which hit the country on Saturday 14 August, followed a few days later by Tropic Storm Grace.

KingsCare are currently raising funds to convert the Old Post Office in Newton Abbot into a community hub which will run social activities and workshops to support the wellbeing and mental health of the local community. This will include workshops repairing, recycle, re-use and upcycle unwanted items as well as other craft activities aimed at improving mental and physical well-being.

To donate please use the below:

This website uses cookies to improve your experience while you navigate through the website. Out of these, the cookies that are categorized as necessary are stored on your browser as they are essential for the working of basic functionalities of the website. We also use third-party cookies that help us analyze and understand how you use this website. These cookies will be stored in your browser only with your consent. You also have the option to opt-out of these cookies. But opting out of some of these cookies may affect your browsing experience.
Necessary Always Enabled
Necessary cookies are absolutely essential for the website to function properly. This category only includes cookies that ensures basic functionalities and security features of the website. These cookies do not store any personal information.
Non-necessary
Any cookies that may not be particularly necessary for the website to function and is used specifically to collect user personal data via analytics, ads, other embedded contents are termed as non-necessary cookies. It is mandatory to procure user consent prior to running these cookies on your website.
SAVE & ACCEPT